Why your business may need an asset search

Linda Daly didn’t know exactly what was wrong, but something was off about her latest business deal.

A month earlier, Daly – the owner of a midsize retail chain in the upper Midwest — had been excited about investing in an up-and-coming manufacturer that lined up perfectly with her own mission.

Her team had done its due diligence, and the smaller company’s books looked spotless. Its owner had even won a string of business awards and been the subject of glowing national media coverage.

But Linda couldn’t shake the feeling that she was missing a critical piece of information. So she called an old friend in the corporate investigations business.

“You’ve been in business long enough to know that people can and do lie,” the Investigator told her. “That’s why you should also do an asset search on this other company.”

Hiring an investigator to conduct a professional asset search can help protect businesses from unacceptable risks by giving them clear, accurate information about potential hires and business partners — before it’s too late.

What is an asset search?

An asset search is essentially an inventory of a person or company’s publicly known assets and, in some cases, liabilities. Investigators primarily use public records and databases to build that picture.

That can include ownership of physical property (such as real estate) and even intellectual property (such as patents and trademarks). But the search can also determine if a person or company has bankruptcies, civil judgments, liens and other red flags in its history.

The search can help you determine who exactly owns a particular asset, how much it might be worth and where it’s located. (You’ll need to know which jurisdiction it’s in if you intend to take legal action against someone.)

When do businesses need asset searches?

Maybe the up-and-coming entrepreneur asking for your investment is actually living in his parents’ basement while he tries to settle a list of lawsuits longer than his arm. Or the customer who owes you six figures actually has not one, but three investment properties hidden away in another state.

What does an asset search cover?

An asset search can encompass many different types of assets and information, but the most common items are:

It can be difficult to impossible for investigators to find bank and investment accounts. The Financial Services Modernization Act of 1999 (aka the Gramm-Leach-Bliley Act) prevents investigators from using false pretenses, such as pretexting, to obtain bank account information from institutions or their customers.

Why should you hire a private investigator for an asset search?

Several web-based services allow businesses to pay for a basic asset search across multiple regions, but those types of reports often lack the context that a human investigator can provide as far as what different documents mean.

When you hire an investigator, you’re also getting someone who can go beyond the basic documents and pursue lines of inquiry suggested by the public record — such as, for example, making a phone call to someone who previously sued the subject of your asset search. That person might be able to give additional information about what the subject owns.

Find the truth about your business partners

A few days later, the Investigator called Linda back about her potential business partner. The new asset search found he had not one, but two previous bankruptcies. Even more worrisome? Someone else owned the patent that made up a critical part of the manufacturers’ product.

It was enough that Linda decided to pull the plug on the deal. She felt shocked -– and even a little embarrassed — that she came so close to going into business with such a risky partner.

“Don’t beat yourself up,” the Investigator said. “People are used to using asset searches for situations like divorces. Not everyone thinks about requesting one for risk management, but it’s one of the smartest steps you can take to protect yourself and your organization.”

Natural Disaster Preparation: 6 Keys for Safeguarding Your Company from Hurricanes, Storms, Fires and Other Emergencies

The question isn’t if your business will face a natural disaster. It’s when.  Over the past 50 years, the world has seen a five-fold increase in weather-related disasters, according to the United Nations.  And the…

Adam Shipley was furious. He spent years building up his company’s brand of elite fishing gear, and now someone was selling counterfeits — even using lookalike packaging — through a half-dozen online marketplaces. At half…

Dell Spry is an attorney by education a investigator by passion. He has been in law enforcement for over 30 years. In that time he served in the FBI as a Supervisory Special Agent and…

How to Secure Intellectual Property and Trade Secrets

Anything that has value is at risk of being stolen, and unfortunately, that includes your company’s ideas and information. After all, intellectual property generates tremendous value in today’s economy. In 2019, American industries that rely… 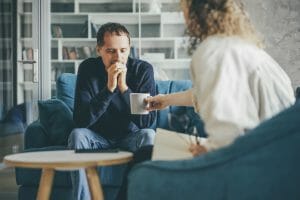 How to Respond to a Whistleblower’s Report

In theory, it should be a good thing when employees come forward with a whistleblower report.  They’ve spotted a threat to your organization and are giving you the insight you need to address the problem…