How the Events of September 11th Have Impacted National Security

How Has Security Evolved Since September 11th, 2001?

As I sit and write this paper, Afghanistan is collapsing.  It is not my intention to point the finger at anyone and make politics a central theme of this paper, but it would be hypocritically pointless to not involve politics in a discussion of security in the United States.

The Taliban, our enemy, controls the current situation in Afghanistan and requires we play a military and political game of “Mother, may I ?”.  If you don’t know, or don’t recall, Mother may I – is a children’s game, where the children sit side by side, some chosen distance from the child who plays the Mother.  Mother stands in front of the group, calls a child by name, and tells that child to take a certain number of steps forward.  It is a requirement the named child must ask “Mother may I” before proceeding forward.  The child will be given the answer “yes” or “no”; all at the whim of the child playing Mother.

That is where we find ourselves today.  We are, or were, the most powerful nation in the world.  Now we must ask our enemies for permission to save our own people.  American citizens, reportedly, have been beaten by Taliban forces as they attempt to reach the one runway at the airport in Kabul where they can board a plane that will carry them to freedom.

That window, however, is closing quickly.  The deadline of August 31, 2021, for a withdrawal from Afghanistan is only a few breaths from now.

How did we get here?  How did this happen?

When the U.S. was attacked on September 11th, 2001, I was in Detroit, Michigan temporarily assigned to the Detroit FBI office.  I watched, as many of you did, when the planes flew into the World Trade Center.  I watched, as many of you did, when White House Chief of Staff Andy Card told President Bush that America was under attack.  I saw the impact that statement had on President Bush.  I saw how everything about him changed; his posture, his demeanor, his appearance.  However, this was followed by an almost abnormal return to a state of calm and a notably clear presence of mind.  The look on his face though told me America was going to war.

And I knew I would be involved.

It is hard to explain, but in that instant, I had these thoughts simultaneously; how can I be part of resolving this cataclysm, how long will I be away from my family and, most importantly, what is our exit strategy.

I am neither a military planner, a military strategist, nor a military logistician.  I have no experience in any of these areas and will most definitely not criticize those who do.  But I have, on numerous occasions, beat my head with my fists in frustration while wondering “when we entered this fray, when we engaged this enemy, if we lose, we lose.  But if we win, how long do we plan on staying here?  What is our exit strategy?”.

All the way from President George W. Bush to President Joe Biden, a span of twenty years, it seems we had no exit strategy, no plan on how to get out of Afghanistan.  If what we are seeing now is our planned, documented, reviewed, pondered, thought over, debated, agreed upon exit strategy, then God help us.

It seems inherently practical that an entrance strategy would somewhere along the planning pathway involve at least a cursory view towards an exit strategy. From beginning to end, security must be a part of the plan whether it is military, diplomatic, political, or business development.

Can you imagine an innovative, successful business leader who comes up with a new product that will generate millions of dollars for his company but takes no steps to protect his intellectual property or his product before taking it to market?

Since September 11th, 2001, security in our country has changed.  The changes have all been well intentioned, and most have seemingly worked to protect us.  But they have not been without a cost.  Everyone, I’m sure, has heard the statement ”freedom does not come free” or something similar.

Because the terrorists who attacked us on 9/11 used telephones and the internet to communicate and coordinate with each other, the Patriot Act was passed.  I personally was aghast when I first read the Patriot Act and saw some of my freedom being taken away by the government’s expanded authority over telephone and e-mail communications.  Unfortunately, I believe, in the interest of national security, passing the act was the correct thing to do.

The Act identifies the Department of Homeland Security’s (DHS) first responsibility as preventing terrorist attacks in the United States; but, the law’s language makes clear that investigation and prosecution of terrorism remains with the Federal Bureau of Investigation and assigns DHS only an analytical and advisory role in intelligence activities.

Post September 11th, the FBI made terrorism it’s top priority.  Terrorist threats are investigated and pursued with the full might of DHS and other federal agencies. It continues to hire special agents, analysts, and surveillance personnel to thwart the intentions of terrorist groups.  It also continues to make great strides in its enhanced surveillance capabilities.

A huge change is the increased security we see at our airports.  Before 9/11 and the creation of the TSA, people could walk freely through an airport and the only long lines were at the counter where you waited to purchase your airline ticket.  I remember as a child going to the airport just to spend time watching planes land and take off.  I would stroll through the airport with my father to an outdoor patio where you could sit, watch the planes, and have a meal.

That innocence is gone.  Now you must arrive at the airport two hours before your scheduled departure just so you can stand in the TSA security line, walk through a metal detector, submit to a pat down even though you went through the metal detector, join the herd of other humans seeking to find their departure gate, and wait until your flight is called.

While waiting on your flight to board, you can sit in the boarding area and play the new game of trying to determine whether or not your flight has an air marshal on board who will be in plain clothes but will be carrying a gun.  Hmm, I don’t see anyone I think is that person, but that’s how it’s supposed to be.

The planes themselves have advanced security features to prevent unauthorized individuals from entering the cockpit.

The airport isn’t the only place where you can feel the increased security presence. In fact, this security increase has impacted most American businesses and schools, with added security features like automatic-locking doors and keypads.  When I pick up my grandchildren early from school for whatever reason, I can not just walk into the school.  I must be “buzzed” in, go to the receptionist and present my ID, then wait while a staff member brings my grandchild to the receptionist area.  For this enhanced security on the part of school staff, I am most grateful.

Prior to 9/11, it was much easier to gain access to office buildings across the country. At most, it would require you to sign in at the front desk and wait to be retrieved by the correct party. But now, it’s not so easy.  Visitors now have to be registered at a security desk, and employees need a special key code or badge to gain access to the building.  All federal agencies and most government office buildings have barriers that prevent vehicles from crashing into them.

After September 11th we began to change the way we built things.  A PBS News Hour article dated 9/14/2011 titled “9/11 to Now: Ways we have Changed” authored by Jason Villemez, reported “The International Code Council released post-9/11 building code suggestions to make skyscrapers safer and able to withstand similar incidents — at least long enough to evacuate occupants. Changes include more stairways for structures taller than about 42 stories, elevators that can be used during emergencies, higher fire-resistance and impact-resistant walls for elevator shafts and exit stairways.”

Security is continually improving at stadiums and other sport venues.  Facial recognition was used at the Tokyo Olympics and is widely used at U.S. sporting events to enhance security.  Security requires that technology continue to improve. In an undated online publication by Liberty Defense, the company noted, “The right technology solutions for surveillance and communications can spell the difference between success and failure in the event of an attack or a disaster. A number of stadiums around the world have committed to upgraded technology in an effort to be better prepared: Ion Oblemenco Stadium in Romania boasts a fully integrated video security system including 211 cameras, centrally managed on a single platform. Darrel K Royal Stadium in Austin, Texas, has implemented a 2-way texting system to communicate with attendees in real time. Floyd Casey Stadium, also in Texas, has built a state-of-the-art system from scratch, including a ticket scanning process to weed out fake tickets, all reporting back to an event operations center.”

Security has changed.  Security continues to change. We must determine the balance in the need for safety and national security and which of our civil liberties we are willing to sacrifice to have that security.

As always, if you think your organization may be threatened, our security experts are here to help. For over 30 years we’ve helped businesses anticipate and navigate risk before it becomes a crisis. If you would like to learn more about how we can help you protect what matters most, let’s talk.

3 Overlooked Tips to Destress During the Holidays

Bring home holiday gifts without the baggage It’s that time of the year. Some would say the most wonderful time. But for others, the lights and tinsel of the holidays evoke strong memories of the… 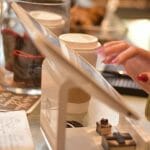 And the best ways to solve them We’ve all heard the Black Friday stories of fist fights breaking out in aisles of the local big-box retailer. To the average person, such stories are humorous. But… 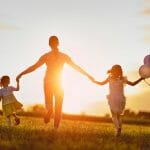 3 practical ways to stay safe in 2020 We’ve all heard humorous holiday tales. They make for great entertainment around the table during a turkey dinner. You know the stories–e.g., the time Uncle Frank fell… 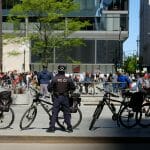 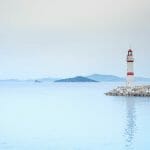 The Transformational Power of Threat Assessments